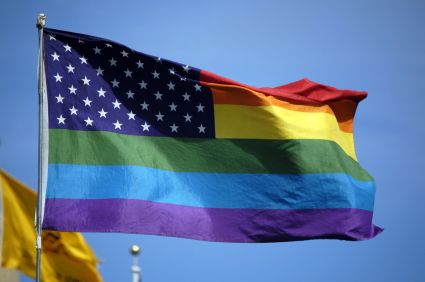 MYTH #1:  Civil unions and domestic partnerships are the same as marriage

FACT:  People like to play a synonyms game with civil unions, domestic partnerships and marriage, claiming these concepts are interchangeable. But you can bet your bottom dollar marriage substitutes do not a marriage make.  Civil unions offer same-sex couples a narrow range of rights and responsibilities granted by the state.  Conversely, it is up to the public or private entity that creates a domestic partnership to decide whether it will confer the rights and responsibilities marriage provides.  According to the Government Accountability Office, there are over 1,000 benefits and protections available to married couples, but many of these are inaccessible to civilly union-ized and domestically partnered couples.

MYTH #2:  If the state allows marriage equality, religious institutions will be forced to marry same-sex couples, a notion that may be repugnant to their religious dogma

FACT:  Pope Francis can wipe the beads of sweat off his forehead—he will not be called upon to perform the ceremony at the marriage of Bob and Greg.  Civil marriage is a relationship sanctioned and licensed by the state and it does not require the blessing of a religious institution.  In fact, federal and state Constitutions guarantee religious organizations cannot be forced to marry people in violation of their religious beliefs.   Our government has nil control over religion, which is why you’ve never seen a newspaper splashed with the headline, “Tiny Tim wins judgment against priest who refuses to give the sacraments.”

MYTH #3:  Marriage as an institution has remained the same throughout history

FACT:  Charles Dickens fittingly wrote in A Tale of Two Cities, “It was the best of times, it was the worst of times,” and more often than not, it was the worst of times for those betrothed prior to 1967.  Nuptials of yesteryear involved arranged marriages, dowries, the legally inferior status of women, and polygamous marriages.  Consequently, the process of terminating a marriage has evolved too.  While previously a court had the ability to refuse dissolution unless proper grounds were pled, now many states no longer require a separate finding of “fault.”  So the next time someone uses antiquity as a basis to rebuff marriage equality, slap their backs with a big fat “MYTH” sticker.

MYTH #4:  Allowing same-sex couples the right to marry will cost the state money

FACT:  Empirical evidence suggests states will make money if they authorize same-sex marriage.  The NYC Comptroller released a report showing the money generated by granting same-sex couples marriage rights could total $120 million.  This figure is based on increased state tax income as a result of joint filing for same-sex couples and revenues from marriage licenses.  During a recent Newsmunchies radio broadcast, a caller baldly suggested the sole reason same-sex couples want legal recognition is to obtain tax benefits.  I was not aware when making public policy that we ought to consult the subjective intentions of people, especially heterosexuals who marry for absurd reasons all the time, à la Kim Kardashian.  If a heterosexual couple can say, “I do” at the drive thru window in Nevada, just how sacred is the concept of marriage in our society anyhow.