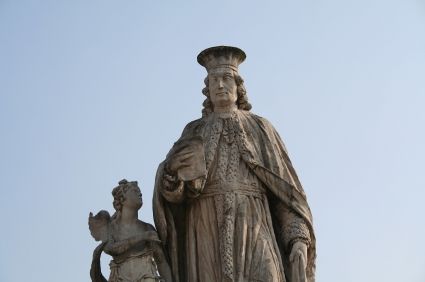 “Surveys show that among Europeans, Italians are the most suspicious about immigrants.  A majority believes immigrants have too many rights and…immigration has brought only crime.”
– Sylvia Poggioli, NPR, January 2009
“In Italy, everything is theoretical.” – An anonymous Perugia defense attorney

Setting the Scene for Stupidity:  Amanda Knox spent four years in prison before an Italian appellate court in 2011 overturned her 2009 murder conviction because of faulty DNA evidence and insufficient proof Knox was at the crime scene in Perugia when the murder of British student Meredith Kercher occurred.  On March 26, the highest court, the Court of Castration, excuse me, Cassation, overturned her acquittal and ruled she should stand trial again in Florence.

Basis for the Dishonorable Nomination:  The Court of Cassation violated the American legal principle that a criminal defendant cannot be tried twice on the same allegation.  The Fifth Amendment includes a double jeopardy clause stating, “[nor] shall any person be subject for the same offense to be twice put in jeopardy of life or limb.”

Italian law provides that a judgment is not definitive until it has cleared every degree of trial, and the Court of Cassation is considered the third degree of trial, after the lower court and the appeals court.  This explains why former Prime Minister Silvio Berlusconi has eluded prosecution despite two decade’s worth of alleged criminal wrongdoing.  Prosecutors in the U.S. can appeal an acquittal verdict if there is evidence of jury tampering but that is rare.

Perugia prosecutor general Giovanni Galati filed the appeal arguing the appellate court mistakenly approved an independent review of forensic evidence.  Since the Court of Cassation has not issued its ruling, we can only speculate whether it based its reversal on procedural grounds, which is proper, or substantive ones (the reliability of DNA tests and the credibility of witnesses), which is prohibited by Italian law.

If the new appeals court upholds the previous conviction and the Court of Cassation confirms it, Knox will have to serve her sentence.  At that time, Italian authorities would authorize an extradition request and the U.S. Justice Department would have to approve it.  American officials would decide whether to honor an extradition request that violates the constitutional protection against double jeopardy.  A key issue is how the State Department determines whether the hypothetical conviction is the result of a new trial or a continuation of the one already completed.

Meredith’s murderer is already behind bars.  Ivorian drug dealer Rudy Guede was convicted separately of Kercher’s killing.  Guede admitted to having sex with Kercher in the house the night of the murder, his DNA was found on Meredith, and his bloody hand print was found on a pillow.  Guede is currently serving a 16-year sentence for the murder.

Many of you reading this will argue, “Ted, we have to do our best to respect another country’s legal process.”  That argument does not hold weight.  What if an American was punished by death in Sudan for violating that country’s laws against repeated sodomy?  I simply cannot respect laws that have no basis in reason.  Italians have bigger fish to fry anyway, and while I could name a few loathsome characters that police and prosecutors should be focusing their attentions on, I will refrain from doing so because I do not want to sleep with the fishes.

So for that I ask…WTF.