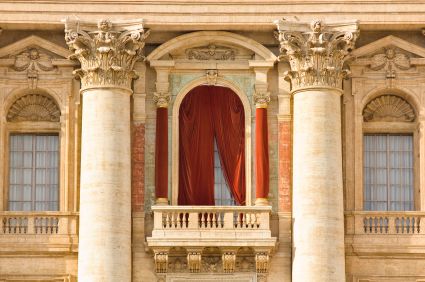 In an earlier blog post, I regaled readers with tales of Pope Benedict XVI’s fatuity when he corrected historical inaccuracies about Christmas in his tome Jesus of Nazareth:  The Infancy Narratives in lieu of exploring relevant issues like homosexuality, euthanasia, and the death penalty. Pope Benedict XVI recently announced he will leave his post on February 28, and the world’s smallest sovereign state is beside itself, witnessing the first papal resignation in nearly 600 years.  But sacrosanct pope-watchers need not fret.  Based on the current Bishop of Rome’s inability to provide helpful commentary on avant-garde issues, it is irrelevant who will be waiting in the heavenly wings to take the Pope’s gold-rimmed seat.

Picking a new pope is not like scouting a new pitcher for the Yankees.  The 117 cardinals that will assemble in the Sistine Chapel are not concerned with precision, longevity, or the Steinbrenner agenda.  Instead, those in the conclave will have their pick of uninspired male contestants including Cardinal Angelo Scola, archbishop of Milan, whom Church historian Matthew Bunson calls “an Italian with the intellectual chops for the job.”  There is also Cardinal Angelo Bagnasco, archbishop of Genoa, who attacked Silvio Berlusconi for his extracurricular dalliances with minors.  The longshot of the bunch is Cardinal Timothy Dolan of New York, a senior ecclesiastical official who carries pedophile baggage.  As is clear from these choices, the packaging might be different but the humanity, regrettably, remains the same.

According to the U.S. Religious Landscape Survey by the Pew Research Center’s Forum on Religion & Public Life, one out of every ten Americans is an ex-Catholic.  I think we can all agree that many of Pope Benedict XVI’s beliefs differ from how Catholics actually organize their lives.  The Pope told a journalist, “You can’t resolve it with the distribution of condoms,” referring to the HIV epidemic that has infected about 22 million people in sub-Saharan Africa according to UNAIDS.  The Pope, a cultural and scientific charlatan continued, “Distributing condoms only increases the problem.”  The teachings of the Church on human sexuality are miserably outdated as evidenced by the Guttmacher Institute’s 2011 findings, which revealed that approximately 98% of Catholic women use birth control.  Even the Church’s condemnation over banal subjects like divorce, which affects more than half the population, demonstrates why the debut of a new pontiff will unlikely increase church attendance on Sundays.

The next Holy Father will receive a cadre of social media power.  Pope Benedict XVI has a Twitter presence of over 1.5 million followers (see @Pontifex).  But having the tools to influence people doesn’t mean the new pope will have the ability to do so.  So save your Oscar-worthy viewing party complete with Moëtchampagne and scorecards for the big reveal of the new pope–a fresh papal puppet is not going to push forward Father Time and get in synchronized step with the world circa 2013.